Deven and I experienced many changes during the year. It was my first full year in Real Estate and Abbygail was born. Here are my month-to-month reflections.

January
We started the year off with the process of filing paperwork with the ND Secretary of state for a new business, Kindly RSVP. Deven and I met with web developers to build the site for this complex idea. I received the estimates costs the build the site and thought I better make some money first to pay for my ideas. :) Stay tuned as this company rolls out...

February
Deven and I sold our Fargo condo mid-February. Our place we lived together. We didn't have a home to move into, so we packed all of our belongings in a trailer and hauled them to Grand Forks and unloaded them in my brother's garage. We were officially homeless.  Thankfully my aunt and uncle allowed Deven and I to stay at their home in Fargo until we found a place. It took us a while to find a place, too.

March
We went Las Vegas. It was Deven's first time there... and he didn't like it.  We lost some money, ate great food and saw Jersey Boys. Deven went home and I stayed for the REMAX R4 conference to get some real estate education.

April
This may have been the most stressful month of the entire year. Being a home buyer is very emotional, add on being 8 months pregnant and you have tears every day. I now have an experience I can share with my clients of how emotional the buying process can be. We closed on our home April 30th and officially changed our address to Grand Forks. We have fabulous neighbors and Deven has been painting ever since.

May
We were mostly preparing for baby.  Deven and his family were starting springs work in the fields. All the crops were planted by the end of May. Thank the LORD! My biggest worry was Deven would be in the field when the baby was born.

June
We welcomed our baby girl, Abbygail Sandra, on June 11. She has been a bundle of joy. She is a sweetheart.  Motherhood has been a lot of fun. She brings a smile to my face just thinking about her. Soon after Abby was born, Deven's grandfather, Ed, passed away. He was Deven's role model on the farm. One life begins...

July
We celebrated the 4th of July at the lake with the Meyer/Johnsrud side. Abby was passed around the cabin and held for 4 days straight. She didn't mind it. When the three of us returned to Grand Forks, we returned to 3 inches of water in our basement. So the demolition of our basement began...the project I wanted to complete in 3 years moved up.

August
Nothing "BIG" in August. We put in a new sump pump in our basement and harvest was right around the corner.

September
I attended the ND/SD Real Estate Convention in Watertown, SD.  It was the first time I have ever been away from Abby.  Sandy, Deven's mother, came to Grand Forks for a few days and took care of her. When I returned home, I was scolded by my little girl. Daddy had to hold her the whole night. By the next day, she let me hold her again.

October
I was elected to the Grand Forks Area Association of REALTORS Board of Directors as a 3-year Director. My office colleagues did a lot of campaigning for me to get elected. I have only one meeting as a director and already learning a lot from this role.

November
We hosted my sister's , Natalie, baby shower at our house. It was a lot of fun to see everyone. Abby really enjoyed it too.  She got held and played with everyone. We celebrated Thanksgiving in Watertown, MN with the Johnsrud's. It is a lot of fun being with the family.  Abbygail really enjoys her cousins.

December
This month was a blur. I kept thinking I had all the time in the world to get gifts and create gifts for my past clients that bought homes this past year. We took Abby to her 6-month photo shoot early in the month and received her photos December 20. That meant my Christmas shopping started December 21 and past client gift "creating" started December 22. Let's just say the photo gifts of Abby turned out. My past client "creation" that's a different story. Deven continued to finish the basement project and it was completed by the end of the year. It looks AMAZING!

2015 was a very emotional year, I think I experienced nearly every emotion. I'm very thankful to my Lord for the strength to get through all the changes. I'm looking forward to what 2016 or "Year 2 of Changing Diaper" has to bring. Hope everyone that reads this has a safe, happy, healthy 2016.

Where has the spring and summer gone! This year is flying by and I didn't realize how long it has been from my last post.

Here are some of the events that have happened this year:

My husband and I moved to Grand Forks at the end of April. We went through the home buying process ourselves.  I can empathize with current home buyers because the rules, regulations and policies from the banks have changed significantly since when I first purchased a home in 2009.  It is a very lengthy and emotional process.  Even after the closing, there are still emotions but it is regarding the color of the paint and compromising with my husband's ideas. :)

We also welcomed our first child on June 11.  A baby girl names Abbygail Sandra.  She has changed my priorities forever and wouldn't change it for anything. With real estate, there is not such a thing as maternity leave and Abbygail went to her first closing when she was 13 days old and frequents the office.  That may be shocking to some folks that I didn't take a maternity leave. I am thankful that with real estate I am able to determine my hours and allow for time with my daughter though it is a lot tougher to finish projects with the lack of sleep.

Looking forward to spending time with my new baby. She may be on a couple of showing appointments, hope my clients don't mind.

Posted by Unknown at 1:56 PM No comments: 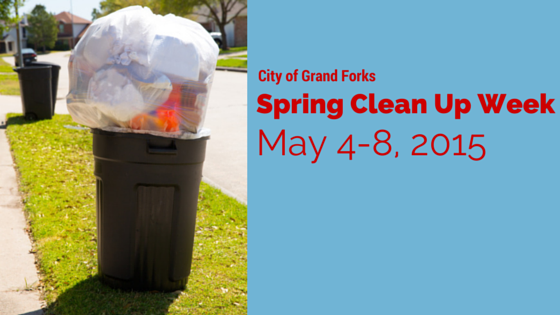 It is that time of the year, the annual City of Grand Forks clean up week is May 4-8, 2015. For some people it is like a "holiday" because they will drive around town with trailers and pick-up trucks to load up other people's trash. The saying is true during Spring Clean Up Week, "Another man's trash is another man's treasure."  Looks like there will be great weather this weekend to clean out the closets, garages and sheds and put all your "junk" on the berm for your "Clean Up Day".

The City of Grand Forks has a few rules for the Spring Clean Up Week.

Items the City of Grand Forks crews will not pick up during clean up week.

What about those electronic items that you no longer need in your home?
On May 2nd, the City of Grand Forks will host an Electronic Recycling Event at the Public Works Facility from 10 AM - 1 PM. Public Works Facility, 724 N. 47th St.   Each resident can bring 1 of each item - 1 refrigerator, 1 DVD player, 1 CD player, etc.

Learn More about Spring Clean Up Week.
Posted by Unknown at 3:54 PM 1 comment: 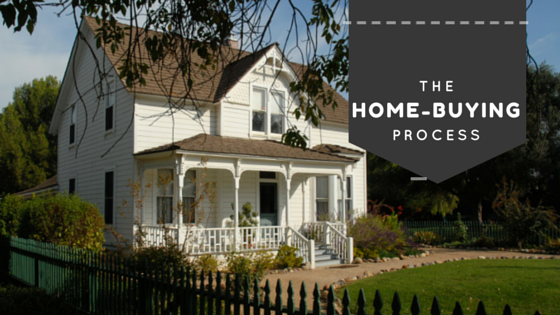 Have you ever considered buying a home? At first thought it sounds like a small process - 1) House Hunt >  2) Contact Bank >  3) Close & Move Into Home.  Well I'm here to tell you it is a longer and sometimes more stressful process than 1, 2, 3.  Let me explain the entire home buying process from my perspective as a current home buyer.


This is the process for lender financed homes.  If you are planning to purchase a home with all cash, you will need to provide a "Proof of Funds" letter before the home search begins and that will be added to the purchase agreement.

One of the best charts I have found to explain this process can be found on the Doorsteps Blog. http://blog.doorsteps.com/image/60381084950

If you have any questions on the home-buying process, please contact me and I'd be happy to answer any questions.

Posted by Unknown at 8:16 PM No comments:

What is the MLS and I'm not talking about Major League Soccer?

In the real estate industry you will hear the professionals use acronyms in nearly every single sentence. One of the most commonly used acronyms is MLS and it is not the Major League Soccer. The MLS stands for Multiple Listing Service.  According to Realtor.org website,

"The MLS is a tool to help listing brokers find cooperative brokers working with buyers to help sell their clients' homes. Without the collaborative incentive of the existing MLS, brokers would create their own separate systems of cooperation, fragmenting rather than consolidating property information." http://www.realtor.org/topics/nar-doj-settlement/multiple-listing-service-mls-what-is-it

The MLS is a fantastic tool for a sellers marketing plan.  Once a listing is added to the MLS, it connects with many other websites instantaneously, thus reducing a seller’s time and/or professionals time to post to several sites. For instance, when a seller lists their home with me at RE/MAX Grand the home information will be entered into the MLS and instantly show up on sites like:
The other benefits of the MLS include consistency and rules that all the professionals must follow. This helps with reporting and statistics that the agents can share with clients.

The MLS in Grand Forks, ND is managed by the Grand Forks Area Association of REALTORS. The real estate professionals pay fees to keep the MLS to make it free to the public to access information.